A brioche-style cake of French and Spanish origins made traditionally in an oval or circular shape with dusted or poured sugar toppings. Named in celebration of the Epiphany this day also signals the start of Carnival Season. The duration of the king cake season extends from the end of the Twelve Days of Christmas, also know as Twelfth Night or Epiphany Day, to Fat Tuesday. 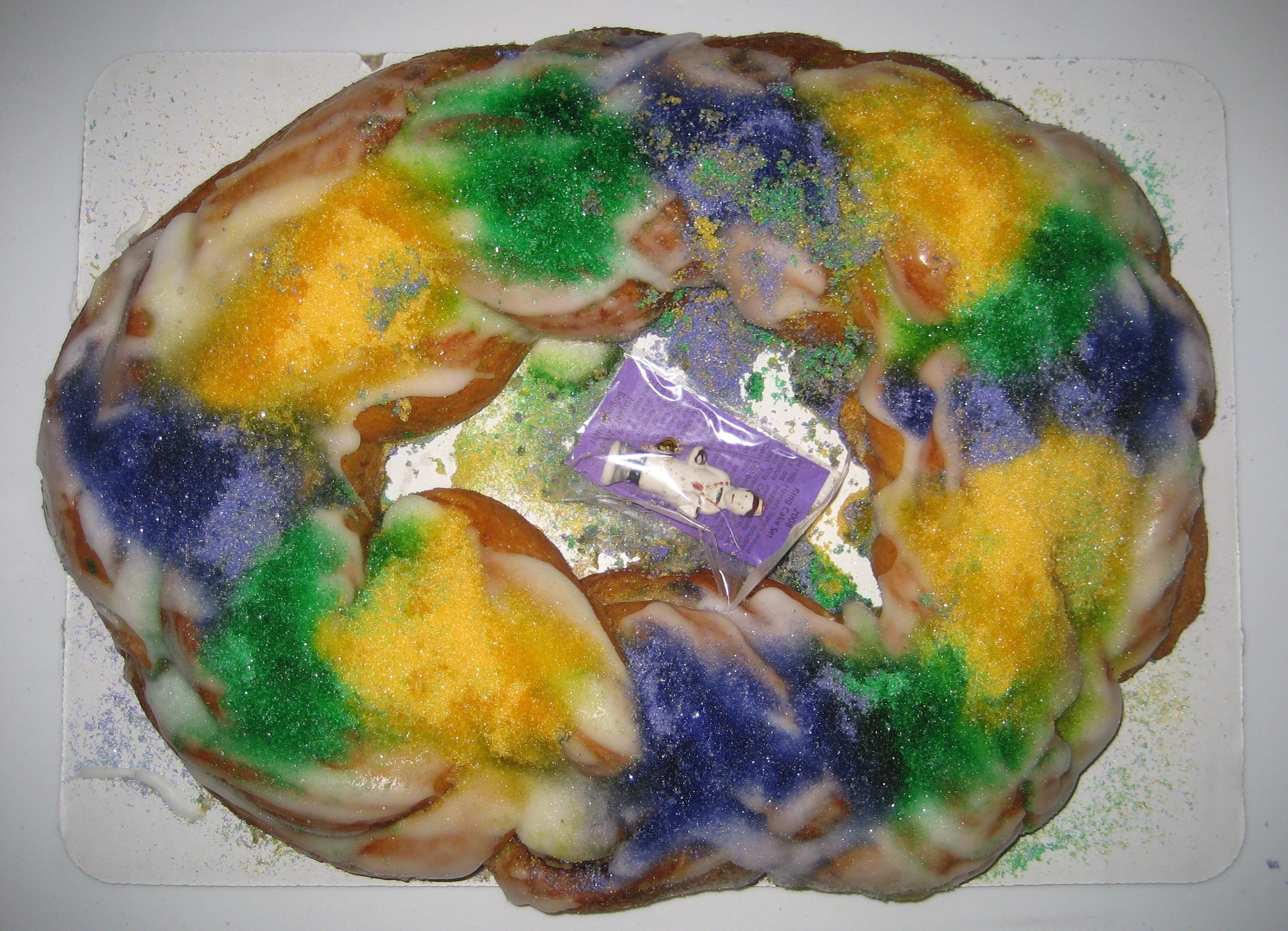 A New Orleans King Cake with icing and multi-colored sugar with collectible fève.

The circular shape of the King Cake is said to be based on the circuitous route taken by the Magi in hopes to confuse King Herod and his army in their pursuit to kill the Christ Child.

In the southern gulf region of the United States, the tradition of making and consuming king cake was brought to the area by French and Spanish colonists and is strongly associated with Carnival.