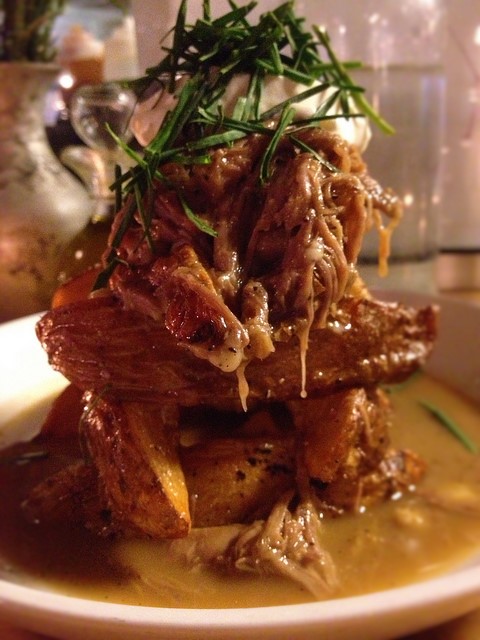 A dish from Quebec, usually found in bowling alleys and casual restaurants. It consists of fried potatoes covered with melted cheddar cheese curds and gravy. Once  considered a rather humble dish, it is presently enjoying a resurgence of interest and versions of it are served as haute cuisine. An haute cuisine version shown in the photograph is poutine with duck confit.