Bitters in cocktails are like spice is for food and can alter and create vastly different taste experiences when added to cocktails. Extracts of herbs, barks and roots, flowers, leaves, seeds, and stems, and nuts and fruits are combined variously to yield concentrates of these extracts and oils in a tincture, the solvent of which is a neutral spirit to produce a myriad of bitters.  Once prepared and administered by physics and apothecaries as remedies and supplements to cure, aid, and cleanse the human system of all manner of ills, as digestives, and to promote general wellbeing, bitters are now added in dashes and drops to enhance and transform cocktails, as well as culinary creations.

While many classic cocktail recipes, such as the Manhattan and the Old-Fashioned, Fizzes and Sours call for well-established and venerable bitters like Angostura and Peychaud’s, a veritable explosion of bitters have turned up in the past decade adding to an increased palette of flavor possibilities, and with the addition of bitters to classic and straightforward mixes can not only balance the various keynotes in a cocktail, but can render complexity, nuance, added aroma, thus deepening the flavor, and render a truly transcendental taste experience.

The alteration of flavors through the use of bitters is not only due to the flavors born inherently in the tincture but also to the ratio of  water to alcohol in its solvent and the resultant action of the water or alcohol upon the solute or constituent materials from which the extracts and oils are derived, some extracts more readily dissolving in one or the other of alcohol and water.  Furthermore, just as the addition of sweetening can reduce the heat of overly fiery foods, or the addition of salt, tartness of sour, bitter can temper sweetness and it is this interplay of flavor sensation which the addition of bitters can effect and help manipulate.  A cocktail crafter worth her salt wields bitters like a culinary master, his spices

Note:  The term "bitters" has been used to cover a large number of apéritifs and examples of common ingredients in bitters include orange, gentian, aloes and quinine.  The ‘dash of bitters’ you are offered in your drink might be Abbott's in North American, Angostura bitters, Peychaud from France, Underberg from Germany (all at 35-40%); it could be the bitter apéritif used with vermouth, Amer Picon (21%) from France or Campari (24%) from Italy. There are digestif types like Fernet Branca from Italy, Jägermeister from Germany or sweet bitters such as Italian China-Martini, Spanish Calisay at 30% or Dutch Bonnekamp and so on.

Simple syrup can be easily made by mixing an ounce of sugar and of water in a pan, brought to a boil, stirring to a simmer until all the sugar dissolves completely.

In a shaker, combine ingredients and about twice as much chipped ice as liquid.  Shake to produce froth and dissolved the ice.  Pour and garnish with lime peel. 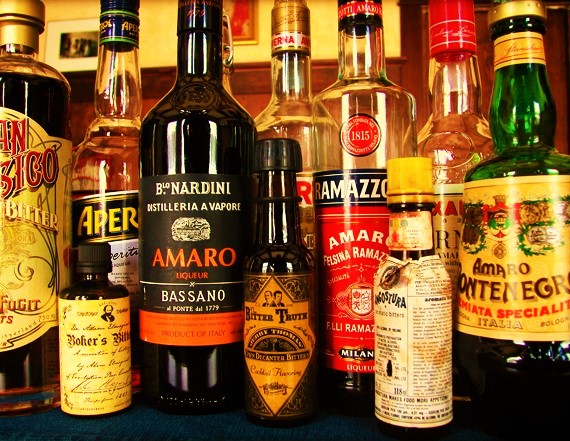 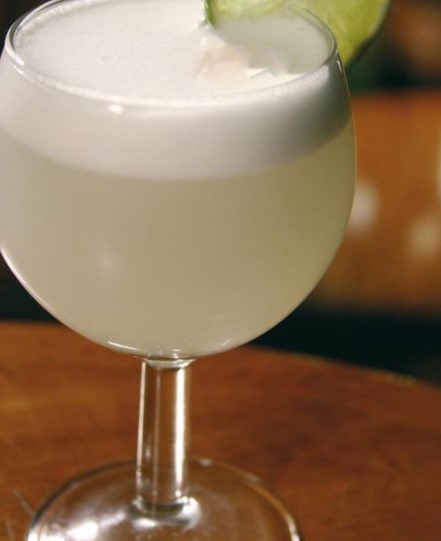